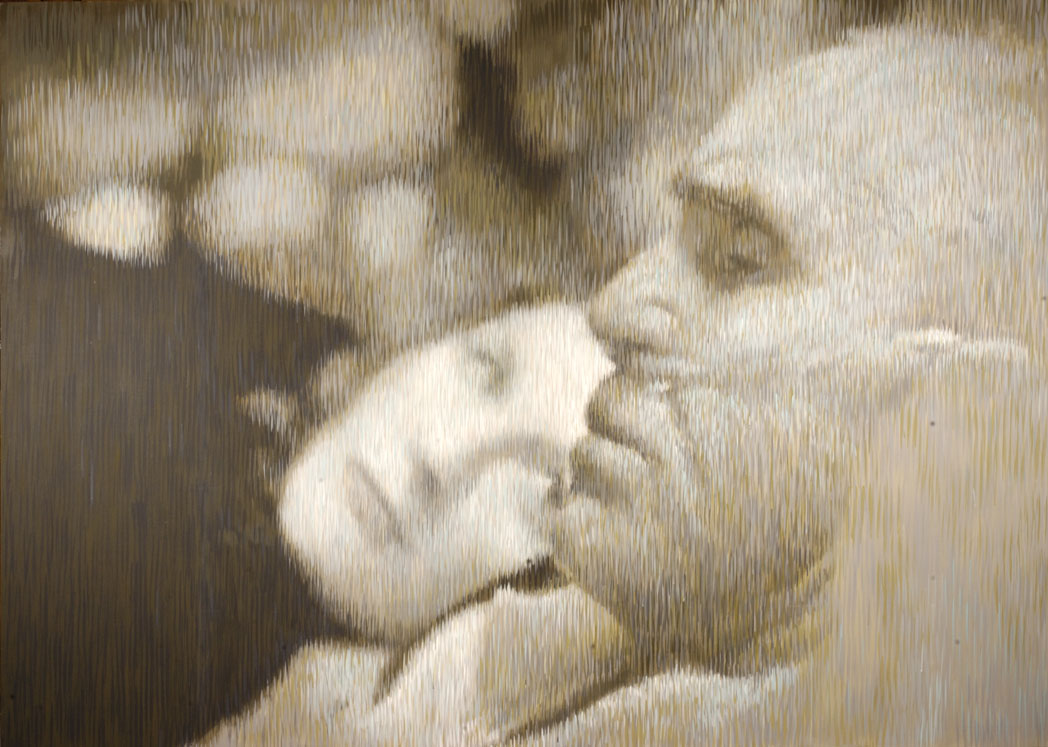 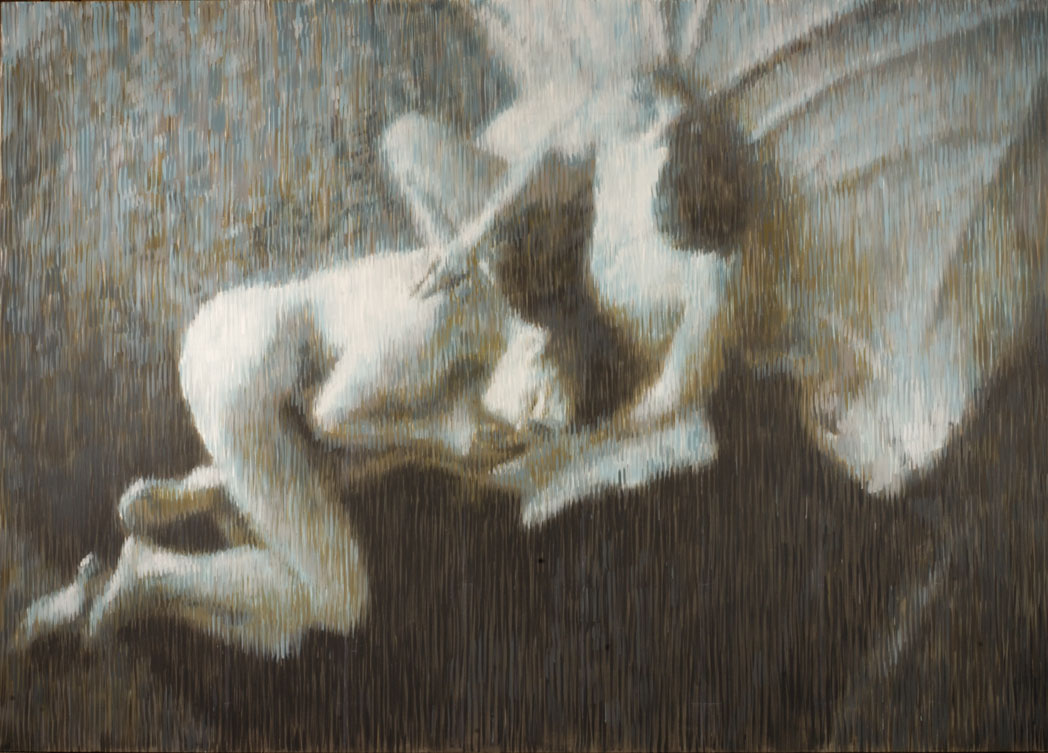 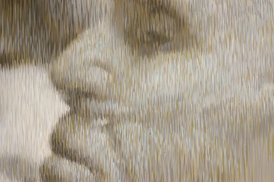 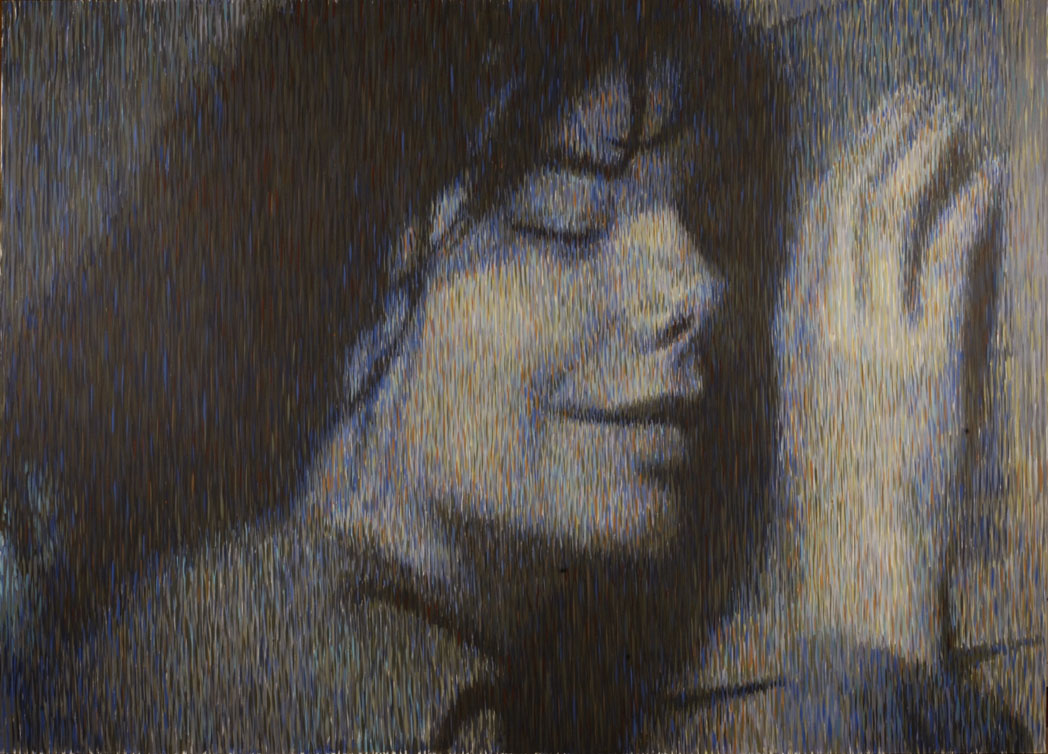 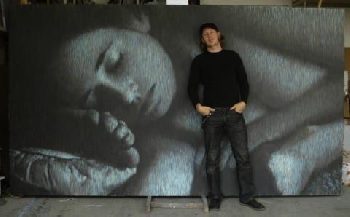 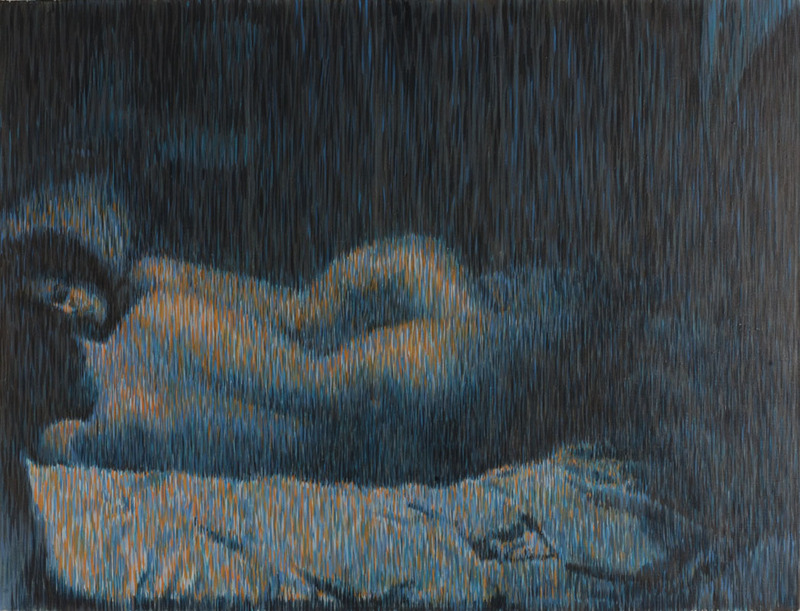 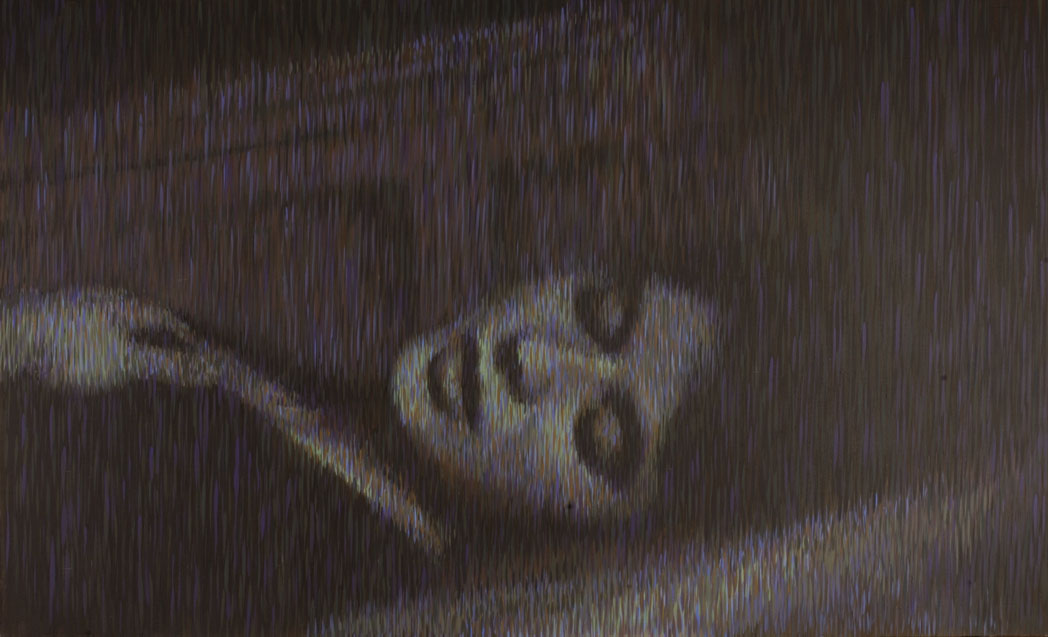 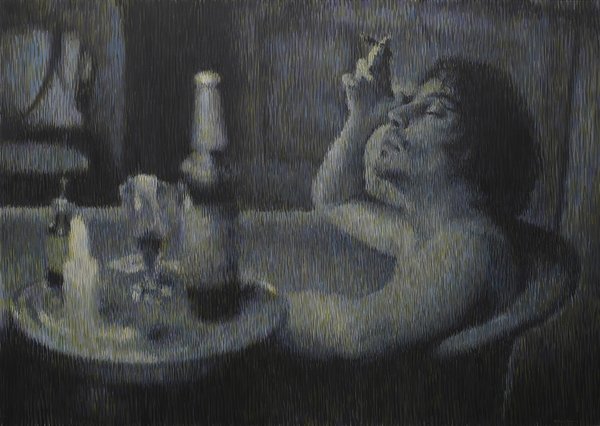 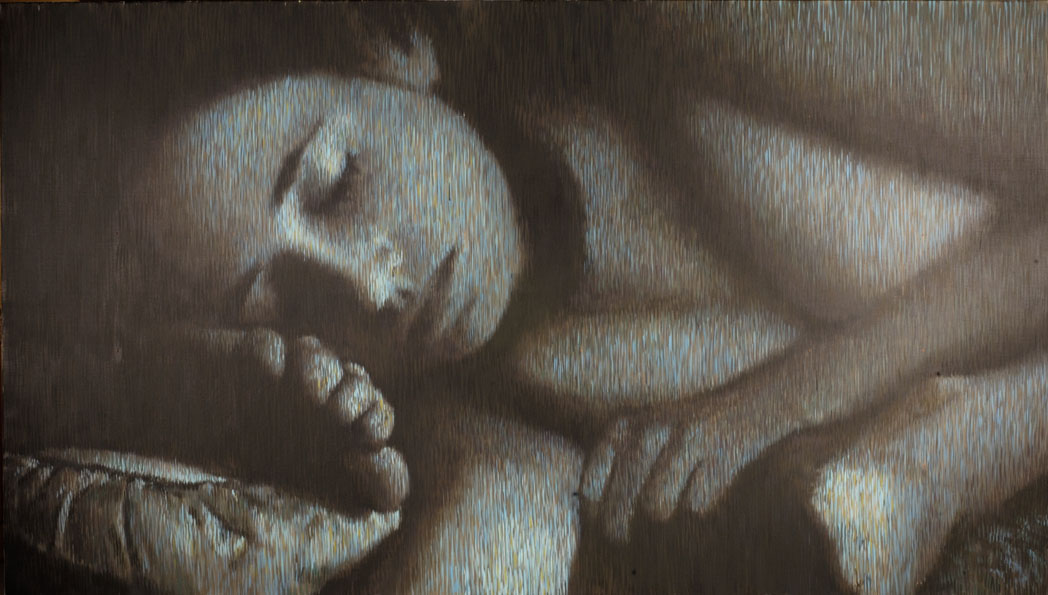 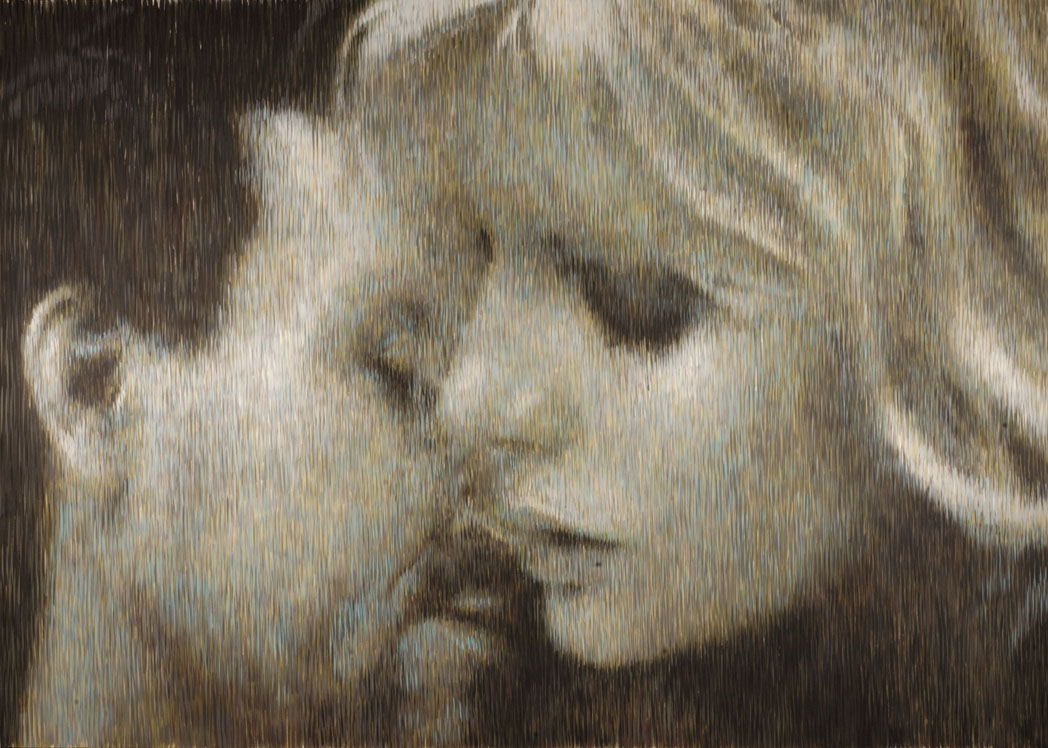 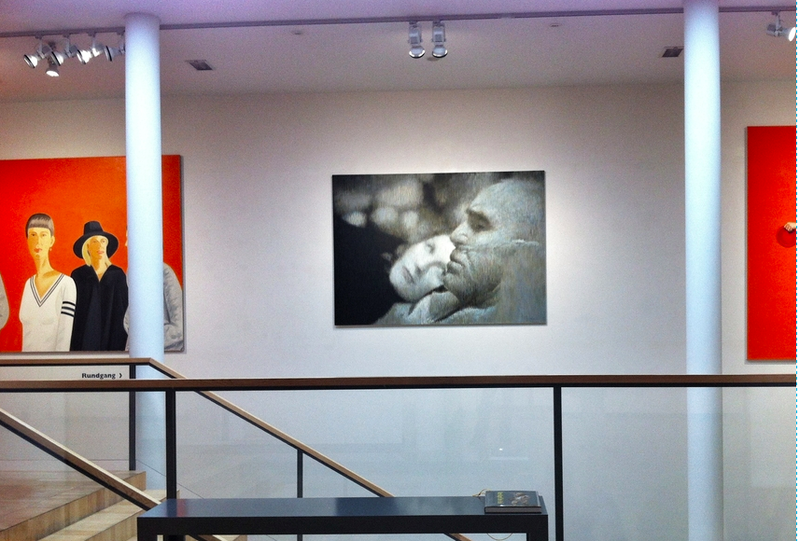 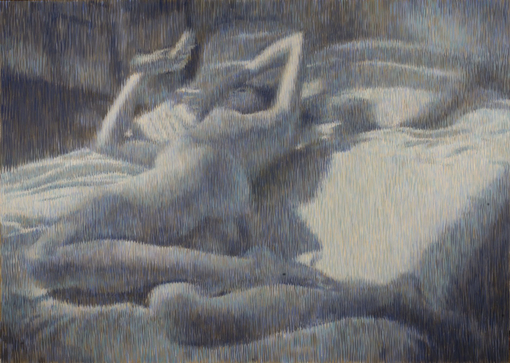 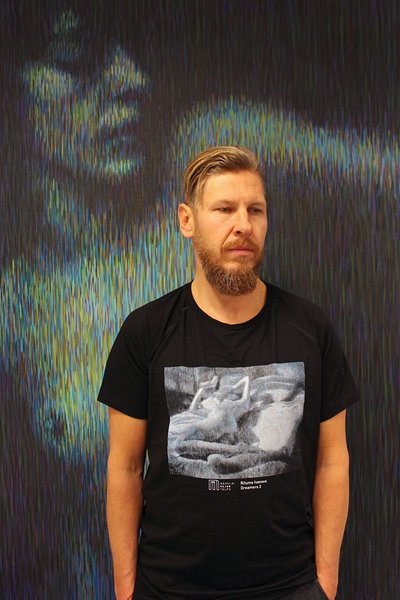 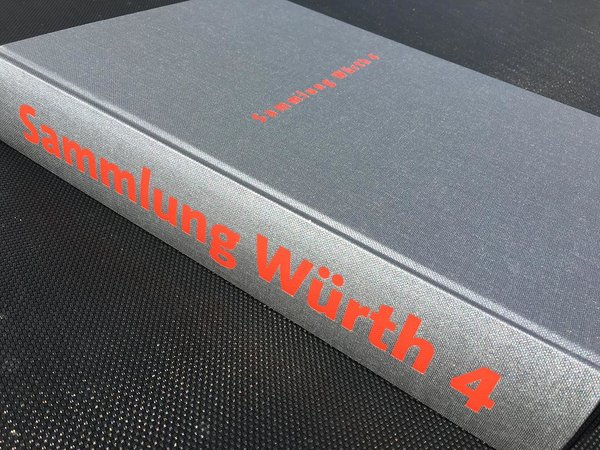 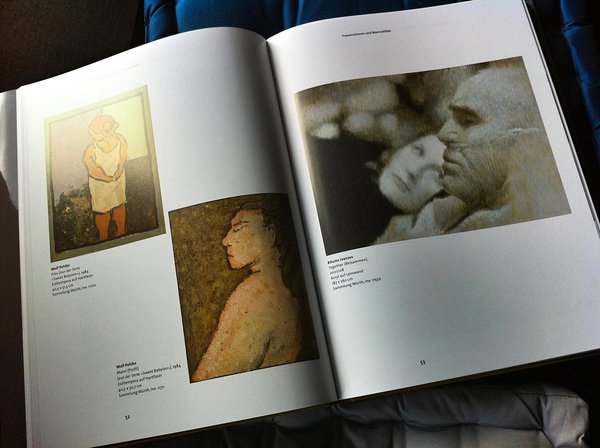 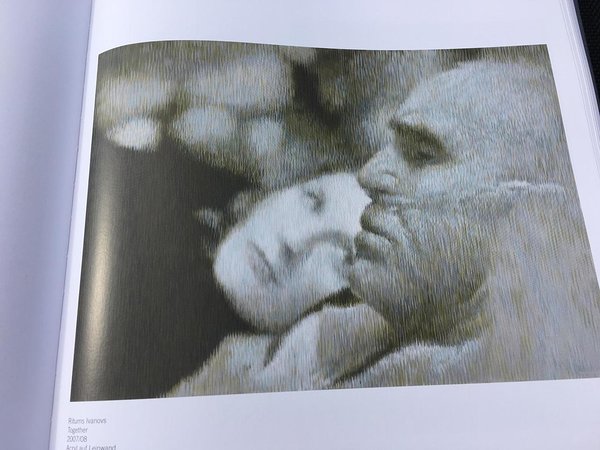 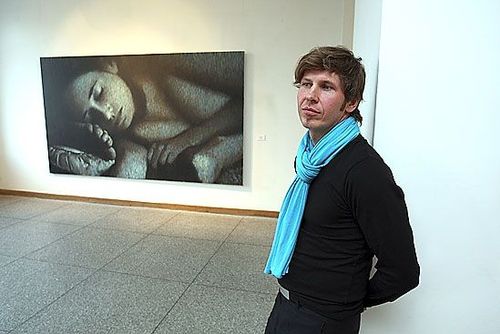 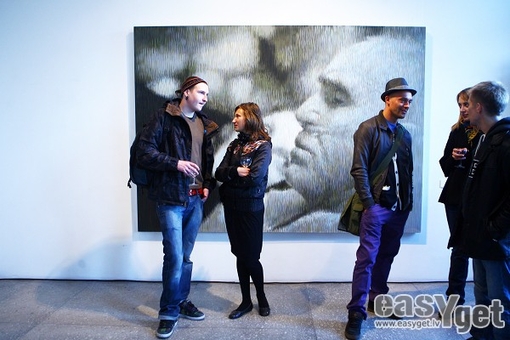 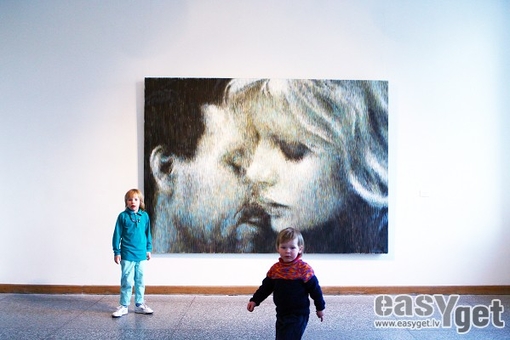 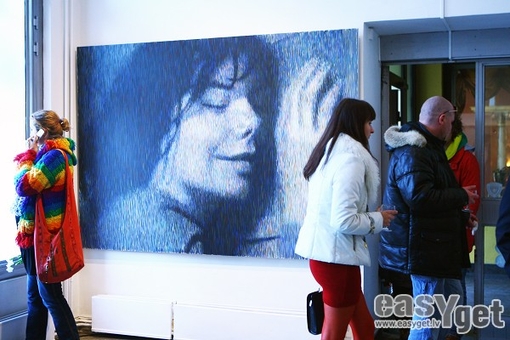 In 2008, Ritums Ivanovs showed a series that explores the thin line between the real and the dream world. All pieces are mastered in a large format, using Ivanovs' very own stripe technique. The show was hosted by Riga Gallery.

This time the author based his paintings of grandiose size on the essence of movie stills, creating portraits and close ups of figures that are captured straight before waking up or shortly after getting up after sleep. The images are quite recogisable, they entail Bjork, Johnny Depp et al.

The viewer is provoked to search their own memory for films once seen or heard to be described and at the same time to sharpen up their eyesight, as Ivanovs images are traditionally vague due to the striped brush stokes, like shots from an old TV-set or on an old movie strip. The colours are almost monochrome and getting closer to the aesthetics of black-and-white stills — the relations of warm and cold colours have been interpreted minimally.

"Dreams give material for movies, and movies give dreams for life", this how the painter comments on his topic that he has been working on for two years.